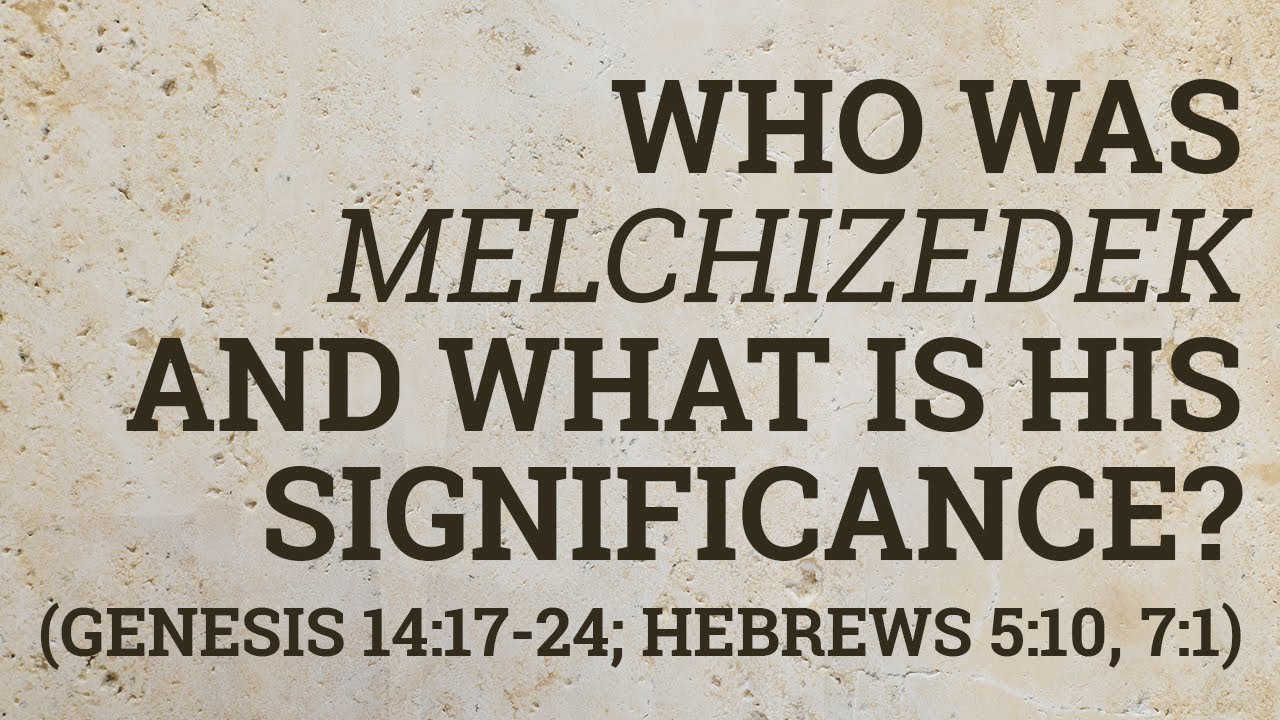 In this morning’s text from Genesis 14, we meet an interesting character, Melchizedek. Very little is said about this mysterious Bible character, but his place is of great importance. Melchizedek gets three verses in the Old Testament and is mentioned only one other time in the O.T.; however, he gets three chapters in the New Testament.

So, what is the story? In Genesis 14, we meet up with this mysterious King/Priest… Abram (Abraham), who has just returned from battle with Sodom. Verse 10 tells us that the King of Sodom and Gomorrah fled during the battle. After Abram returns, he brings the people of Sodom back to their king. Melchizedek, also a king, is present in this valley, as well. The text does not say why he is there. Maybe there was some kind of political alliance between Melchizedek and the King of Sodom. The text doesn’t say, only that this was the Valley of the Kings.

Melchizedek came from the city of Salem, which would eventually be known as Jerusalem. Not only was he the king there, but he was also a priest of the Most High God. He appears here in the text, not as a king, but as a priest. It was common for those coming back from victorious battle to offer sacrifices and thanks for the victory. Melchizedek was there to facilitate those actions. He may have been there to be a witness to whatever deal that took place between Abram and the King of Sodom. He would have been an impartial witness. We know that the King of Sodom offered all the spoil of the battle to Abram, but he refused it since he did not want the King of Sodom to claim he had made Abram rich. Melchizedek did take tithes from Abram, and he also blessed Abram, showing that he was greater to Abram in terms of the priesthood.

Nevertheless, while Melchizedek may have been there for all these reasons, we do know that God had him there for another reason, to show there was another priesthood before that of Levi. Another priesthood was needed in order for the Messiah to fulfill the role of permanent High Priest. This was prophesied in Psalm 110:4, “The Lord has sworn And will not relent, ‘You are a priest forever According to the order of Melchizedek”.

The Hebrew writer tells us in Hebrews 7 that the priesthood of Melchizedek served as the standard through which Jesus Christ would be our high priest. Moreover, it is a superior system of priesthood because it does not succumb to all of the problems the Levitical priesthood had. Hebrews 7 tells us that the priesthood of Melchizedek was unending, better than Aaron’s, received tithes from Abram, blessed Abram, and makes it possible for the Christ to be a high priest.

So, brethren, while we may not know exactly why Melchizedek decided to show up after Abram’s return from battle (thus the mystery), we do know that God wanted him there for other reasons.